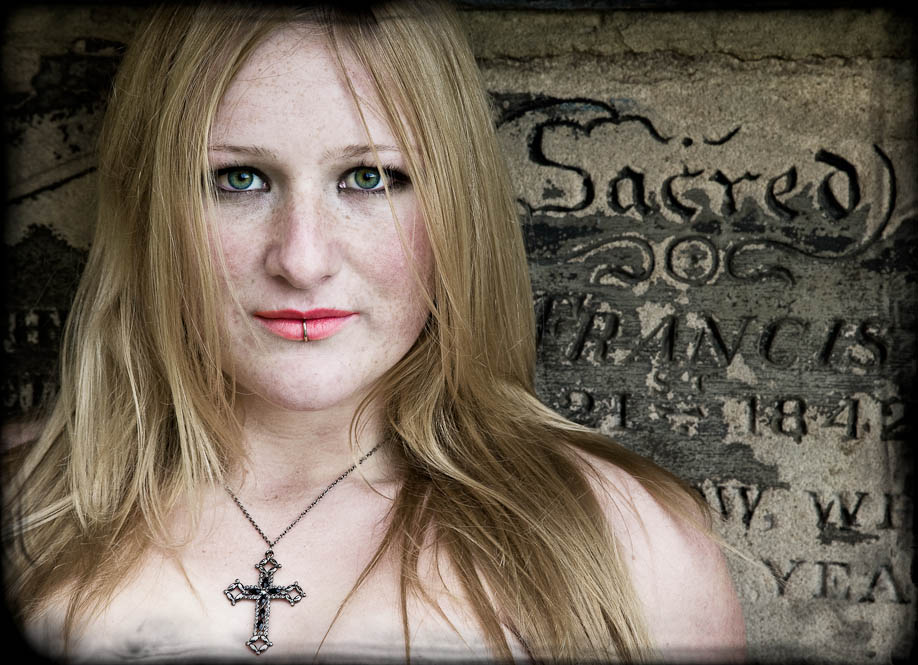 Whitby is an ancient seaport and fishing village on the north-east coast of England and has been a haven for holiday-makers since Victorian times and has played a significant role in English history. Its harbour, once the sixth largest port in Britain, lies where the River Esk reaches the North Sea . Looking across the harbour toward East Cliff, you can see the view that inspired the fertile imagination of author Bram Stoker, who stayed in the Royal Hotel on the western side of Whitby while writing his famous novel.

It was into this harbor of history and myth that Bram Stoker sailed in 1890. He had been working on a novel inspired by Hungarian adventurer Arminius Vambery who had regaled Stoker with eastern European tales of the blood-hungry living dead. Whitby proved to be the perfect setting for Stoker to derive some of the more intriguing details for his book. He was so impressed by the surrealistic, menacing aspects of the immense stone abbey and St Mary’s Cathedral looming over the small town, that he used Whitby in his novel” Dracula”as the place where the seductive Count meets and kills Lucy.

The Goth Weekend is held twice a year in Whitby and is attended by Goths from all over the UK and many parts of the world.
The goth subculture is a contemporary subculture found in many countries. It began in the UK during the early 1980s in the Gothic rock scene, an offshoot of the post-punk genre. The goth subculture has survived much longer than others of the same era, and has continued to diversify. Its imagery and cultural proclivities indicate influences from nineteenth century Gothic literature along with horror films. The goth subculture has associated tastes in music, aesthetics, and fashion, whether or not all individuals who share those tastes are in fact members of the goth subculture. Gothic music encompasses a number of different styles. Styles of dress within the subculture range from death-rock, punk,  Victorian, some Renaissance and Medieval style attire, or combinations of the above, most often with black attire, makeup and hair.

show hide 2 comments
link to this post
email a friend